Skip to main content
You have permission to edit this article.
Edit
Home
Latest News

Morgan Wallen’s points for “Thought You Should Know” increase by nearly 60% this week as Wallen’s current single jumps 10 spots on the Mediabase airplay chart, No. 35-No. 25. At the same time, Wallen’s “You Proof” is the second most-played record at country radio, behind only Thomas Rhett’s “Half of Me” feat. Riley Green. Another Wallen recurrent, “Wasted on You,” ranks 20th in spins this week, more than four months after it reached No. 1. 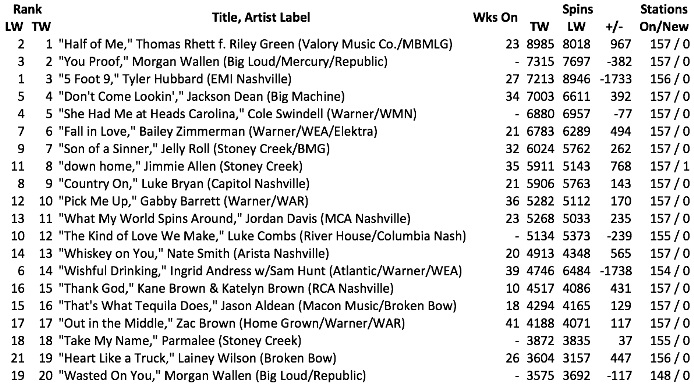